"You don’t choose the things you believe in; they choose you."
francine a. lefrak
Francine LeFrak during a visit to Rwanda in 2016
meet OUR FOUNDER 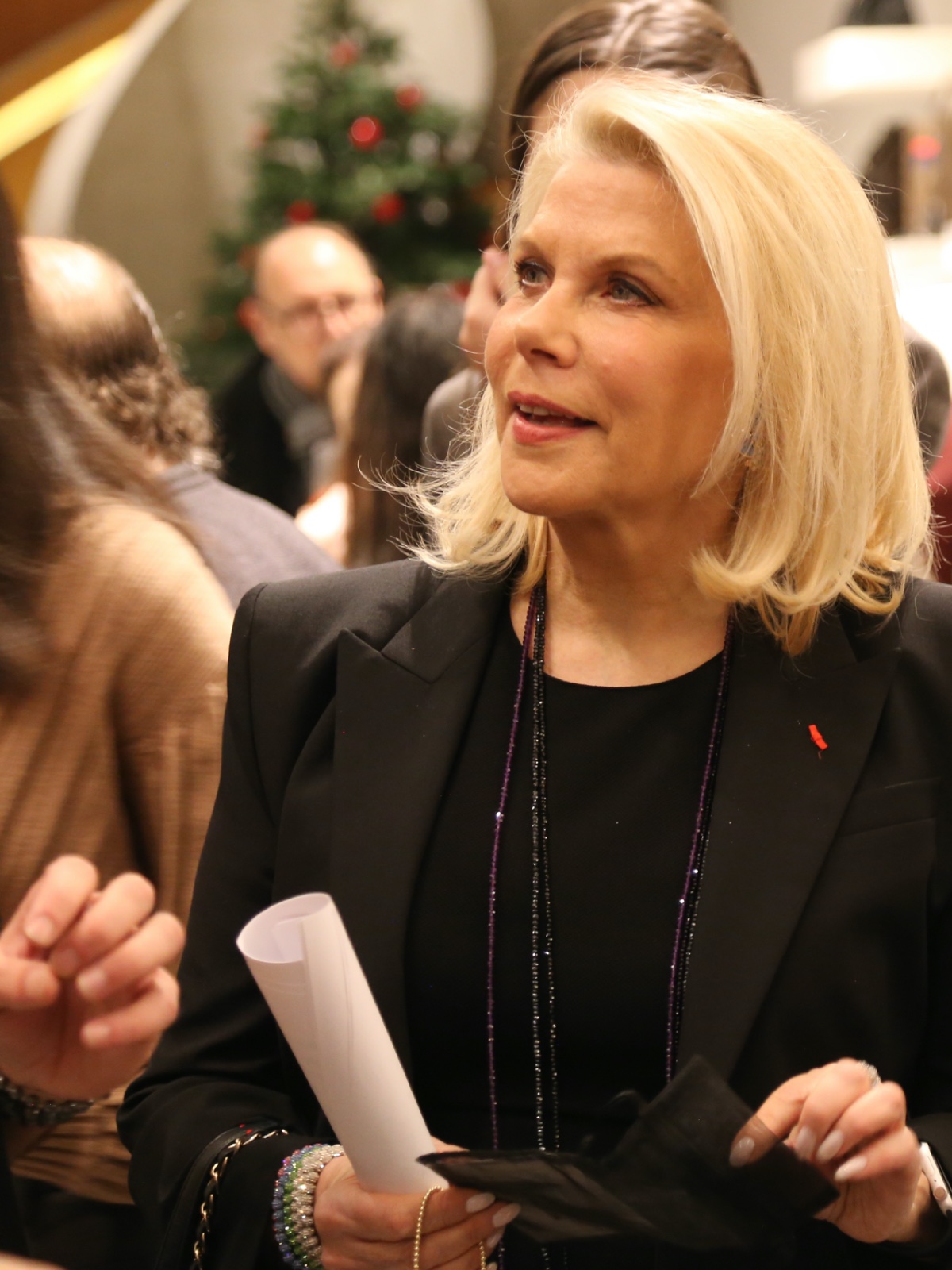 “The greatest philanthropy is the dignity of work.”

Francine A. LeFrak is the President of the Francine A. LeFrak Foundation and the Same Sky Foundation Fund. A successful social entrepreneur, women’s rights advocate and philanthropist, Francine founded a trade initiative, Same Sky, to help women who were invisible become visible through the dignity of work. Her work with Same Sky began with survivors of the Rwandan genocide and continued in the US with women who were recently released from prison and needed a second chance. As a social entrepreneur she has helped hundreds of women and girls to use their talents to find opportunities for success. Through job training programs and providing access to education, her foundations have paved pathways for people to rise out of poverty.
‍
Before her work as a social entrepreneur, Francine had a successful career on Broadway and as a social issues film producer where she garnered multiple Tony, Emmy and Peabody awards.
‍
In recognition of her humanitarian efforts, she received the Chevalier of the Legion of Honor from the French Government, the Women Together Award from the United Nations, the Ellis Island Medal of Honor (2009), the Human Spirit Award from the Christopher and Dana Reeve Foundation, 2019 Women’s Entrepreneurship Day Accessories Pioneer Award and the UNFCU Foundation’s Women’s Empowerment Award. Francine is a long-time member and Chair Emerita of the Harvard Kennedy School’s Women’s Leadership Board. 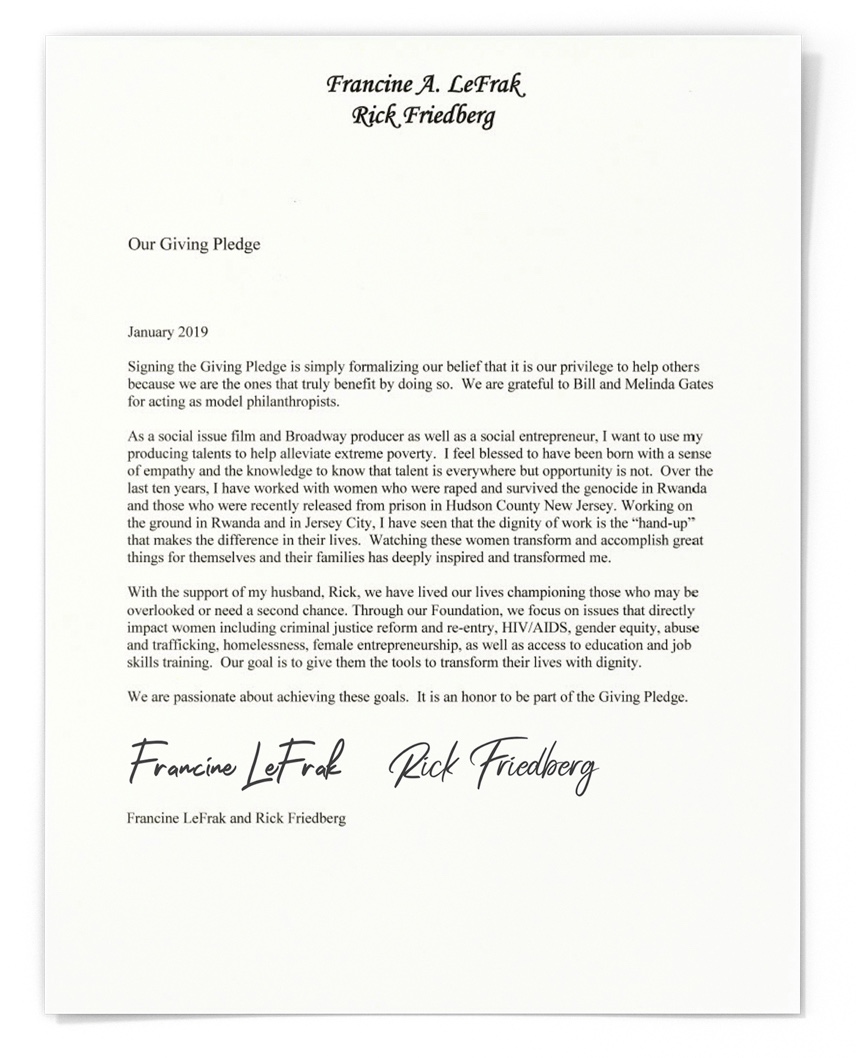 Our Giving Pledge and Commitment to Philanthropy

We have lived our lives championing those who may be overlooked or need a second chance. Signing the Giving Pledge is simply formalizing our belief that it is our privilege to help others because we are the ones that truly benefit by doing so.