"People don't want aid. They want a life, they want respect, they want the opportunity to show how good they are."
francine a. lefrak
A cohort of the Operation Hope Launch & Grow program in Harlem
grantees

Our grantees are organizations where we have strong connections. Each grantee is selected based on their access to opportunities for their clients, the quality of their programs, their ability to track their impact and their alignment with our Foundation’s mission.

WIN provides homeless women and their children with shelter, life and business skills, employment opportunities, and after-school programs for children in the New York City Area. The Francine A. LeFrak Foundation Computer Training Program is an extension of Win's income building program. This training positively impacts 200 women annually. The program was funded by a grant from the Foundation in partnership with the UNFCU Foundation. A second site for the program is funded by a grant from Google and Bank of America. 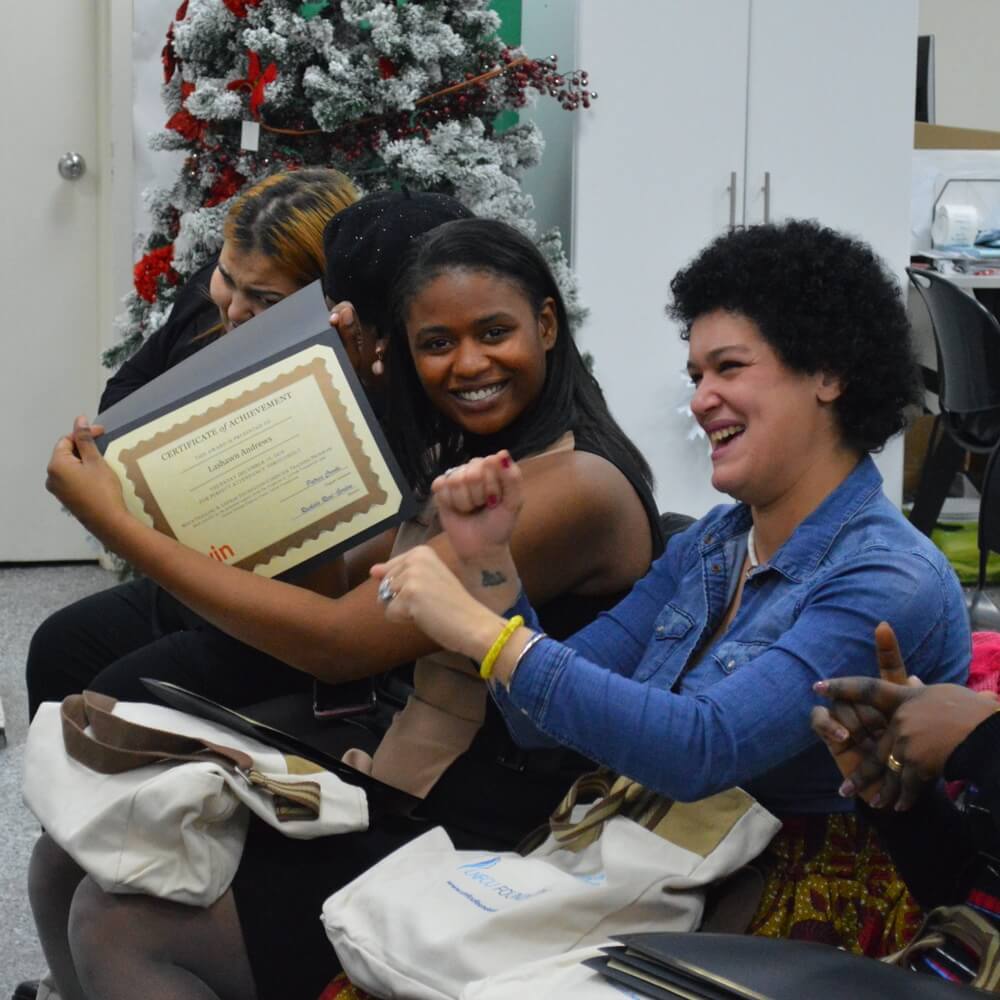 A new graduate of the Francine A. LeFrak Computer Training Program shows off her certificate.
ERADICATING POVERTY

Jenesse works locally, nationally, and globally to shine a light on violence against women, girls, men, and boys and advocates the basic human right for all people to have peace in their homes and relationships. The Francine A. LeFrak Foundation provided funding for the Jenesse Center Entrepreneurship Program that gives victims of domestic violence the support needed to transform their lives through self-employment. 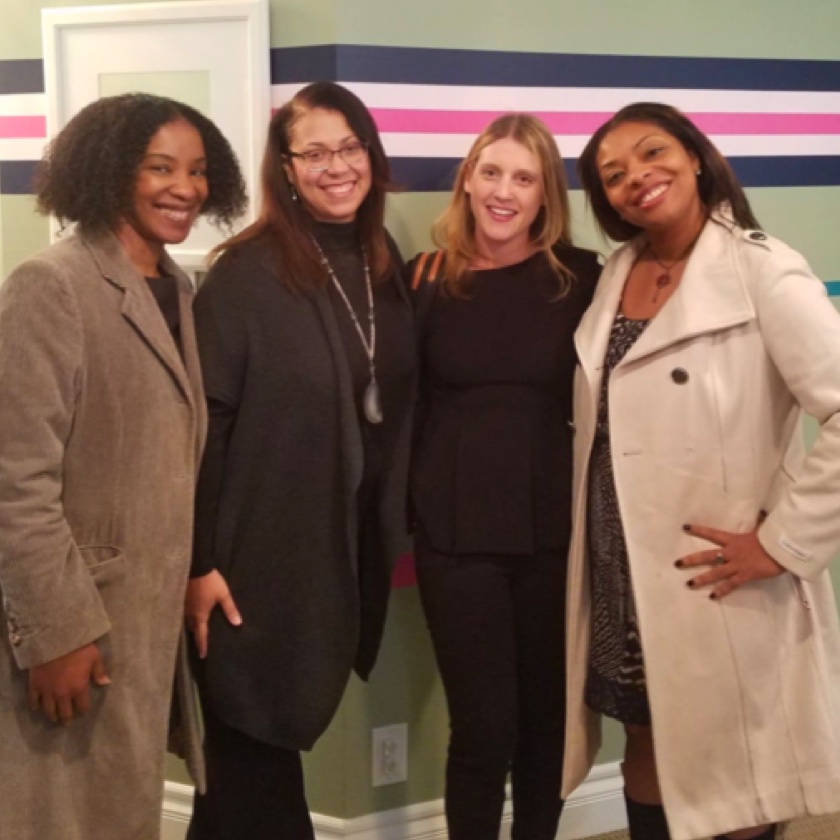 The Grace Institute empowers low-income women in the New York area to achieve employment and economic self-sufficiency by providing job skills training, counseling, placement services and continuous learning opportunities that lead to upward mobile employment. The Francine A. LeFrak Foundation donated books, micro-grants, and support for the food pantry at Grace, all in an effort to help women get job training and rise out of poverty. 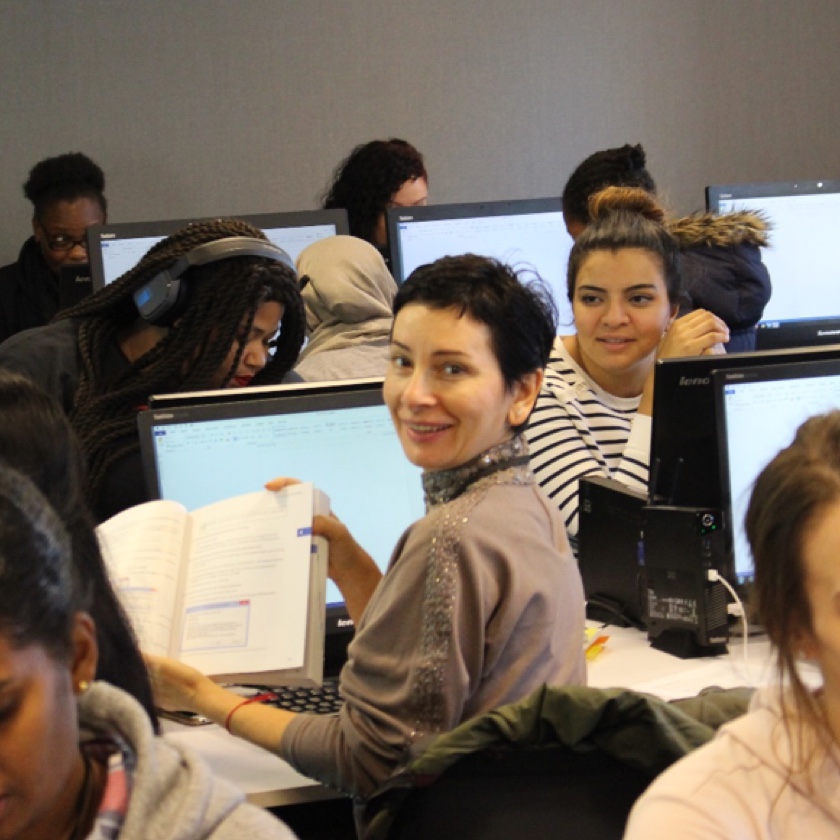 A participant at the Grace Institute uses a book donated by the FAL Foundation.
ERADICATING POVERTY

Jobs, Vision, Success; also known as JVS SoCal is recognized as a regional leader in the field of workforce development, offering a broad range of innovative programs to 50,000 individuals each year and advocating on issues of public policy that impact the people they serve. The Francine A. LeFrak Foundation provided micro grants, resources, and access to training for women living in Los Angeles. 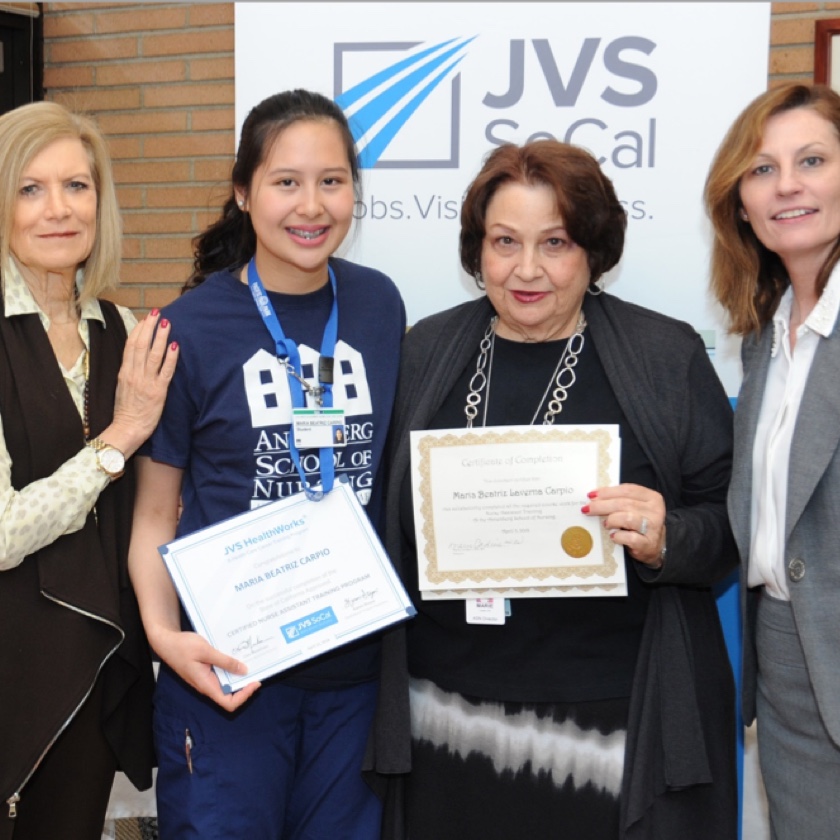 JVS micro grant recipient Beatrice receives her certificate for completing the Health Works program, preparing her for a career in the medical field.
EDUCATION & TRAINING

Operation Hope is a for-purpose organization working to disrupt poverty and empower inclusion for low and moderate-income youth and adults. Their focus is on financial dignity and inclusion. The Francine A. LeFrak Foundation provided transportation support for women entrepreneurs in New York to participate in the Launch and Grow business training course helping them take their businesses to the next level. 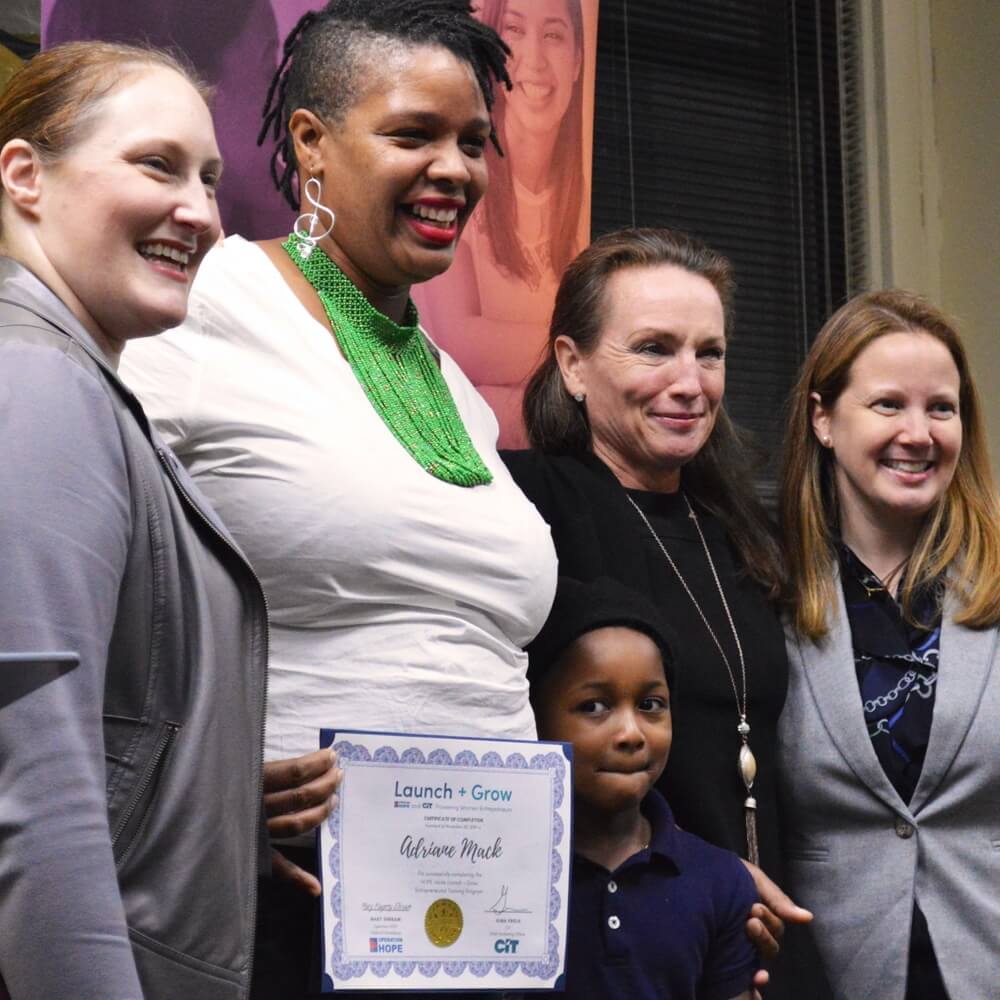 Operation Hope Launch and Grow program participant Adriane receives her certificate for completing the business training program preparing her to run her own business.
EDUCATION & TRAINING

Fights poverty and empowers low-income New Yorkers by creating living-wage employment opportunities. They break the cycle of dead-end jobs and connect graduates not just to work, but to careers with long-term potential and the chance for growth and advancement. The Francine A. LeFrak Foundation’s Tools of the Trade Fund provides micro-grants to support New Yorkers as they embark on their new careers. The funds are used to provide access to materials and equipment that BWI graduates require to pursue their careers. 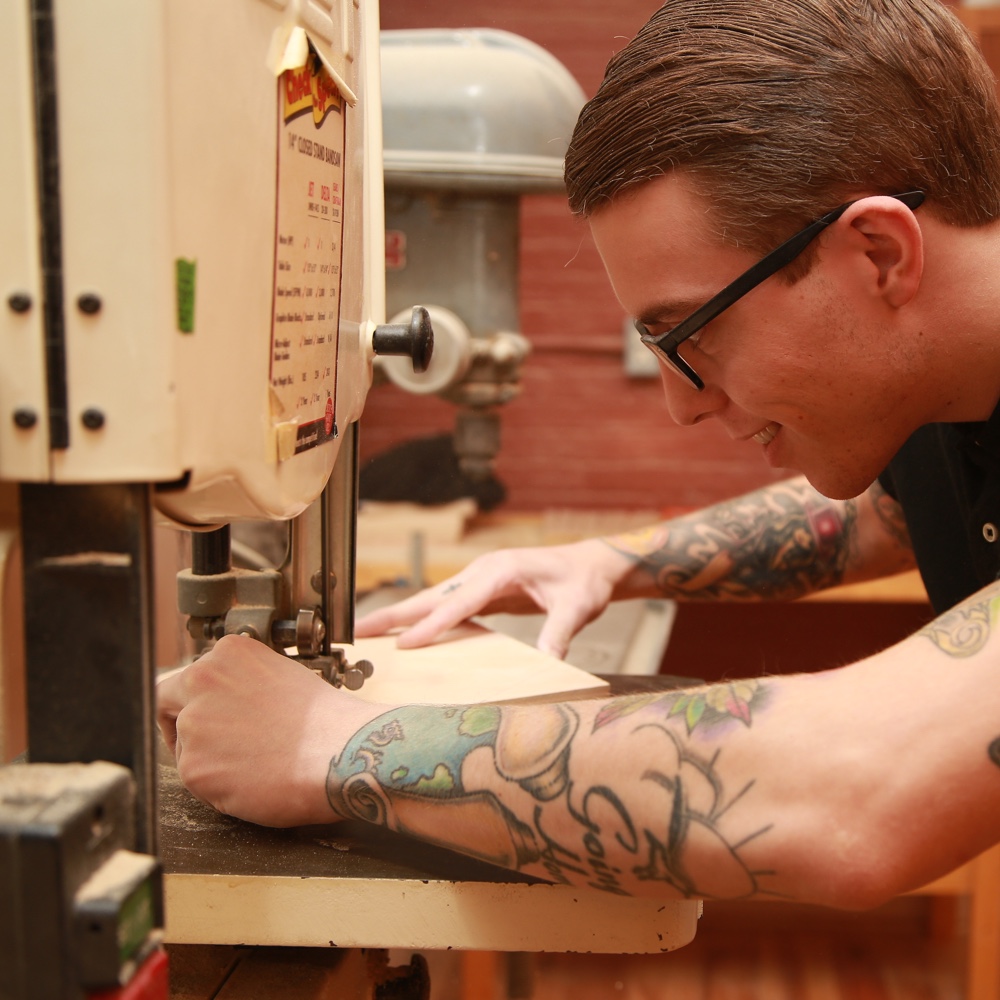 Brooklyn Workforce Innovations participant in a wood working class that will prepare him for a successful career.
EDUCATION & training

Bridge2Rwanda was formed in 2007 to create opportunities for Rwandan students to study in the United States. The LeFrak-Friedberg Scholars Program supports 14 students from East Africa as they begin their studies at renowned universities in the United States. These Scholars are chosen based on their leadership, academic credentials and passion to bring their newfound knowledge back to their communities as change agents for the future. 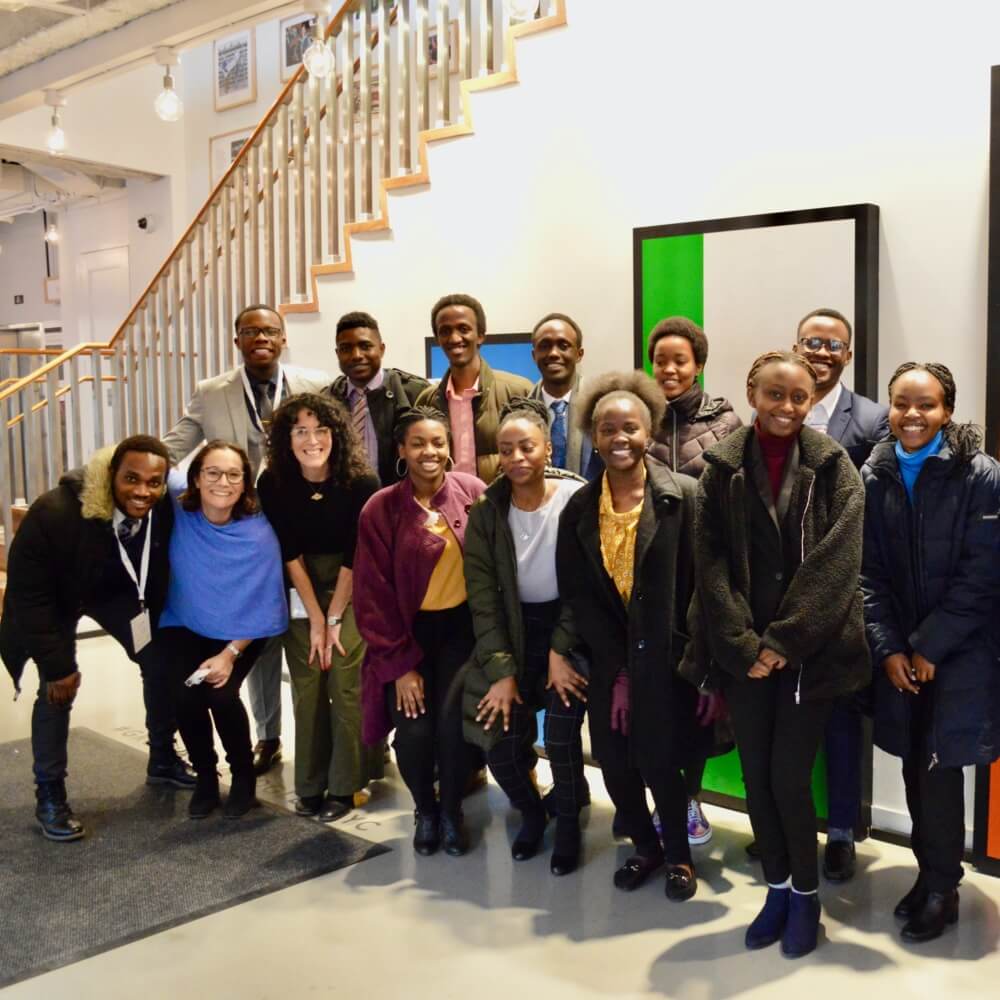 Harvard Kennedy School improves public policy and public leadership across the United States and around the world so that people can lead safer, freer, and more prosperous lives. The Francine A. LeFrak Seminar Room for Gender Equity was established as part of the Kennedy School’s campaign. The purpose of the Seminar Room is to bring awareness to gender equity issues and to provide a space for those studying these issues through the Women and Public Policy Program at the school. 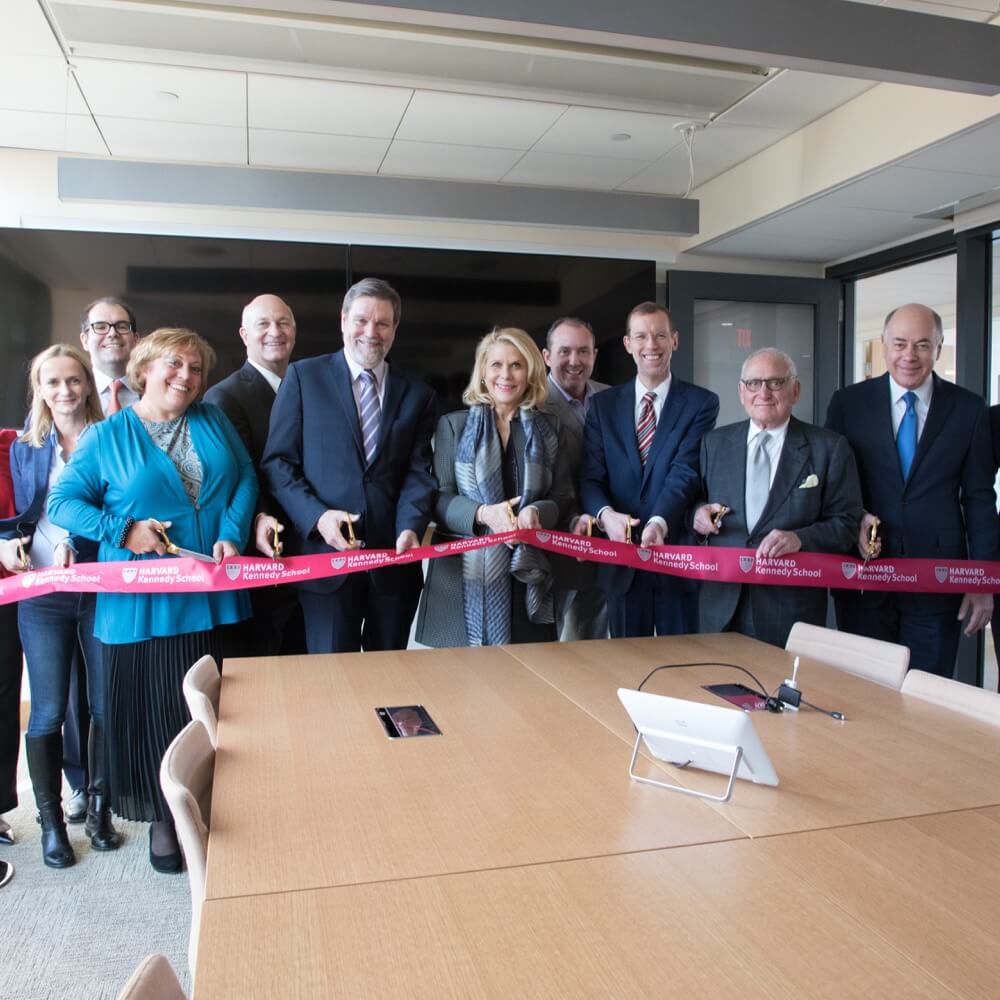 Francine at the ribbon cutting ceremony for the Francine A. LeFrak Seminar Room for Gender Equity.
PRESERVING CULTURE, HISTORY & THE PERFORMING ARTS

Crystal Bridges fosters scholarship in the fields of American art and art history, as well as research that expands our understanding of the power of art experiences to positively impact lives. The Foundation provides operating support for the Museum. 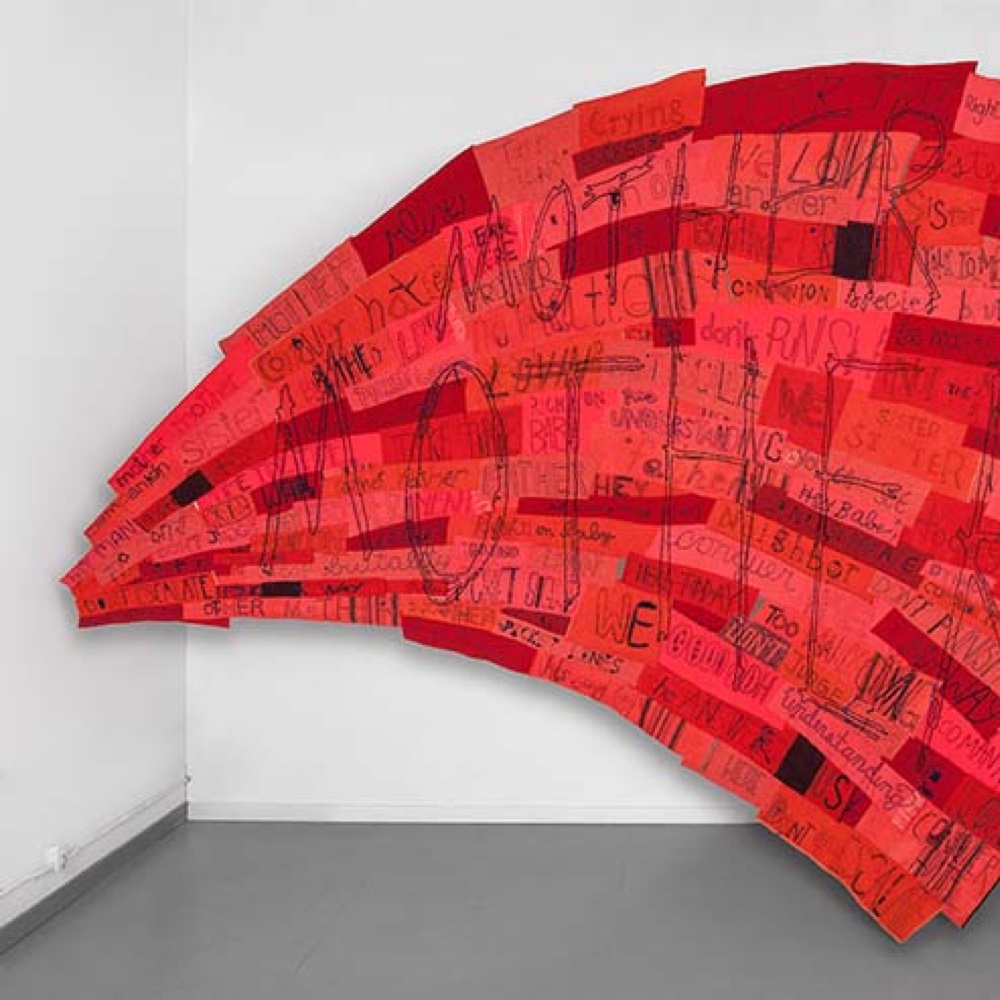 An art installation at the Crystal Bridges Museum in Arkansas.
PRESERVING CULTURE, HISTORY & THE PERFORMING ARTS

The Central Park Conservancy restores the landscapes, structures, and water bodies that make up New York City’s urban oasis. Like any living thing, Central Park is constantly changing. The Conservancy is committed to ensuring that this evolution is thoughtful — both considerate of today’s visitor and true to the Park’s original purpose. The Foundation provides operating support for the Park. 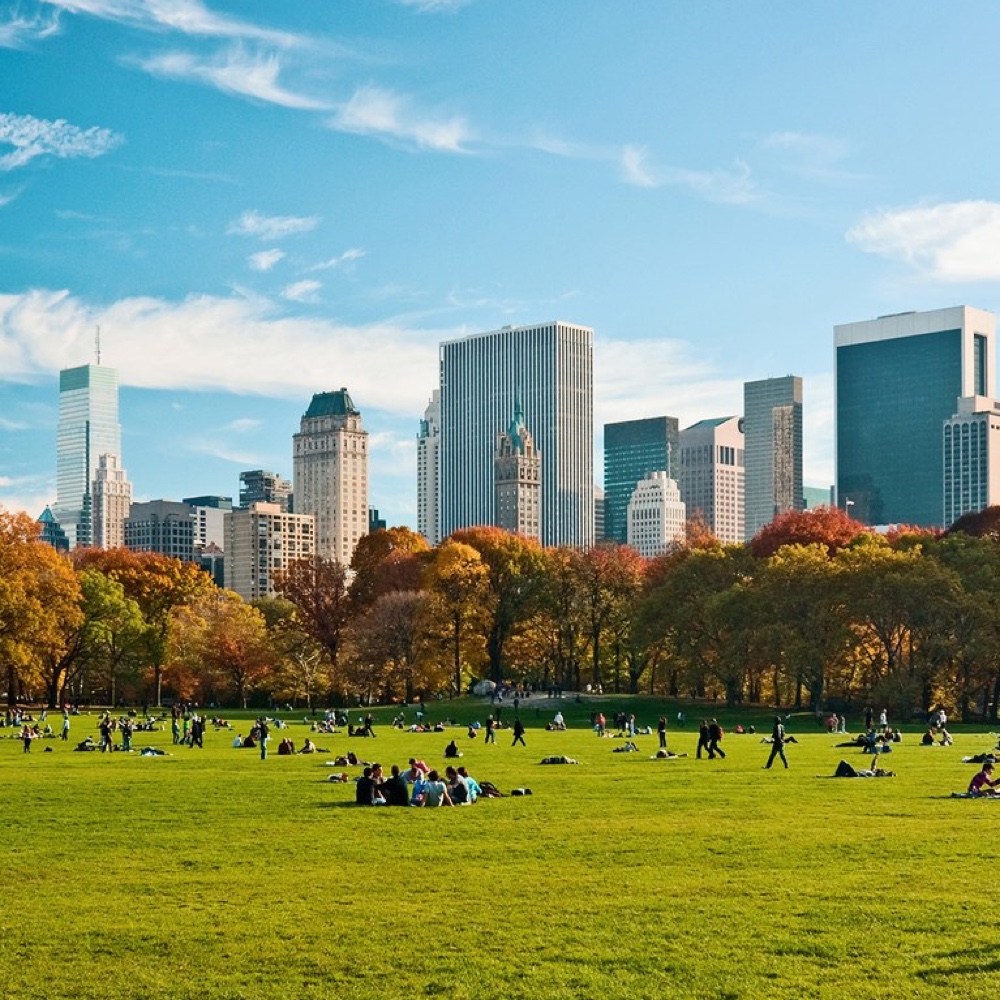 The "Great American Songbook" is the canon of the most important and influential American popular songs and jazz standards from the early 20th century. These popular and enduring songs, created for Broadway theatre, musical theatre and Hollywood musical film between the 1920s and 1950s, are often referred to as “American standards”, which are the very cultural treasures that the Great American Songbook Foundation is dedicated to preserving and promoting in our mission and programs. The Foundation provides scholarship support to ensure that low-income students can participate in this summer program. 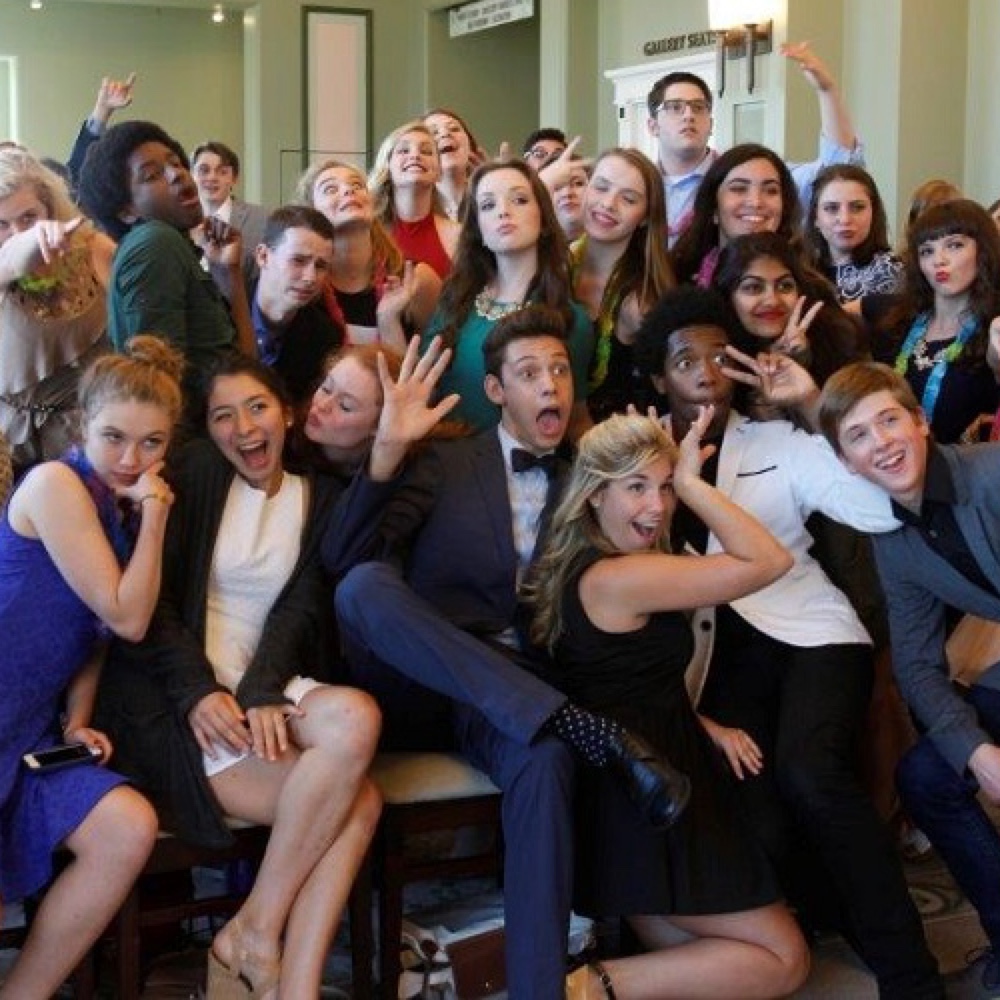 charity: water is a non-profit organization bringing clean and safe drinking water to people in developing countries. The Foundation provides operating support so that all remaining funds that are raised can go directly into building wells for those in need of clean water. 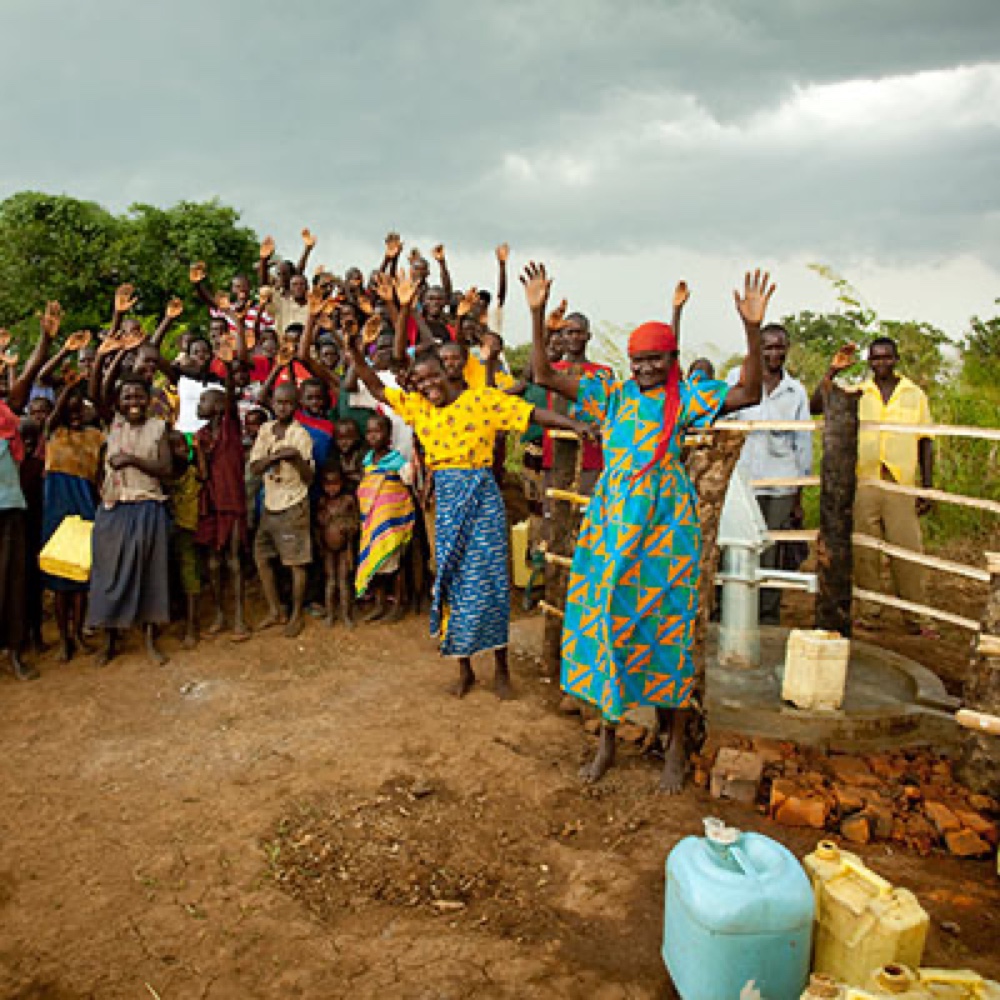 People celebrating the opening of a new charity: water well.